It makes me very sad to announce that I am no longer officially associated with Rare Vintage Burlesque. It was a good run for almost a year, but it’s time to move on.

Also, after Muppets Burlesque next month (more on that shortly!), I will be taking a break from burlesque for a while. This last year has been very stressful on several fronts, for me and for many of us. It’s time to take a step back, rest, reflect and renew. The odd performance may pop up now and then, but in the main I’ll be on hiatus. Wishing you all a blessed holiday season! 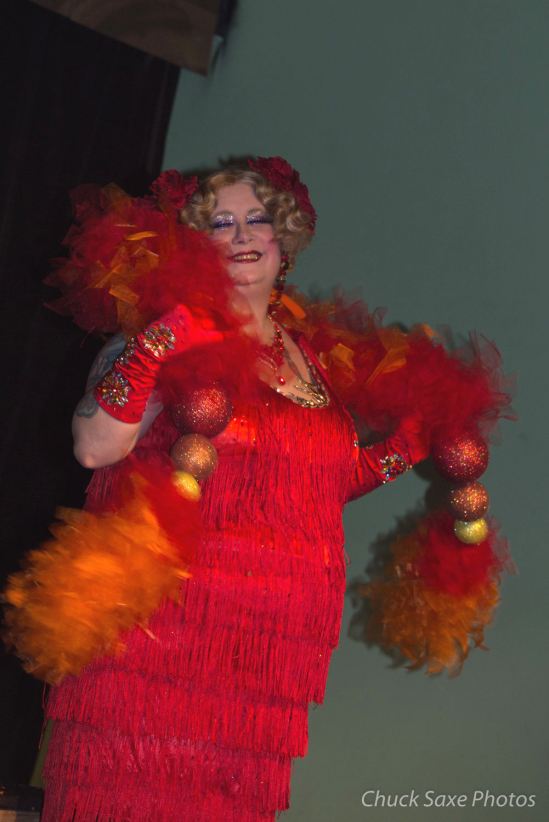 The Oregon Burlesque Festival was absolutely amazing! All my thanks and love to my fellow performers and to all who came out to cheer us on. I’m still processing the fabulousness. There will be pics and video coming soon!

In the meantime, I am finding that I need to take a break for a while. I was recently diagnosed with invasive carcinoma of the left breast. I will be going in for lumpectomy surgery this coming Wednesday. My surgeon says that the tumor is very small and we caught it early, so my chances for a full recovery are excellent. So, I plan on taking it easy for the rest of the month at least. I will definitely keep you all posted on my progress. Thank you all so much for your love and support! Burlesque fans are the best there is. ❤

Bettie Page would have been 92 today. I was thrilled to have been a contributor to the fundraising campaign for Bettie Page Reveals All. Can’t recommend this film highly enough! Take a look.

We miss you, Bettie, but your legend lives on. Thanks for the magic.

Cannot wait for next year!

And more than a little disappointing. You may know that the stage name “Loxie Arcane” was conceived by me as a combination of the names of two characters played by my most favorite actor in the world, Timothy Carey. Loxie is the pyromaniac muscle behind a bootlegger in The Untouchables television series episode “Ain’t We Got Fun” (1959).

And Arcane is – or at least, I thought it was, as long reported on IMDb and elsewhere – the last name of Nikki, the sharpshooting racehorse assassin of Stanley Kubrick‘s The Killing (1956).

Well, it turns out that half of my name is a lie. Nikki’s last name is, in fact, Arano. How it mutated into Arcane is anybody’s guess. Sigh. But you know what? I don’t care. I’m keeping it. “Loxie Arcane” has a nice ring to it. And, in the sense that “arcane” means “known or understood by very few; mysterious; secret; obscure; esoteric,” it rather fits, I think. Nobody gets me. I’m the wind, baby.

What They’re Saying About Loxie

“One of the true delights of Portland’s burlesque scene!” – Nikki Lev The Glitter Beast

"The one and only Loxie Arcane has been blasting off in the scene! She has a fierce intricacy in costuming, storytelling and originality! This curvaceous beauty always has a smile to her face!" - Miz Chaos